CASCADE TOWNSHIP, Mich., September 3, 2014– Governor Rick Snyder was in the Grand Rapids area today helping to formally open Michigan-based Dialog Direct’s new 250-person customer engagement center in Cascade Township and to also accept an award for contributing to the re-shoring of over 100,000 customer service jobs back to the United States.

As part of the ceremonies, Governor Snyder and Dialog Direct’s Douglas Kearney turned on a LED-light map that indicates all the jobs Dialog Direct has throughout Michigan.

“We’re proud that companies like Dialog Direct are expanding in Michigan because our state, the Comeback State, has the talent and the business-friendly environment that helps companies grow and thrive and create more and better jobs,” Snyder said at the event.

Dialog Direct’s new facility can be expanded up to 30,000 square feet and accommodate up to 400 employees. The center has state-of-the-art technology that enables the company to provide the best first-call responses to consumer questions in a timely fashion.

Wednesday’s celebration occurred nearly four years to the day (Sept. 2, 2010) after Dialog Direct held a ribbon cutting ceremony in Holland to announce the company’s expansion into West Michigan. The goal was to create 75 jobs during the first year of operation and ultimately employ 300 people over the following two years. The company has shattered that mark, with the Holland Customer Engagement Center employing more than 600 people.

“With the addition of our Grand Rapids Customer Engagement Center, Dialog Direct now has a very solid base of operations in Michigan,” said Douglas Kearney, President & CEO of Dialog Direct. “Our growth here has been made possible by terrific people and an economic environment that nurtures business growth. We are thankful to Governor Snyder, the MEDC, Cascade Township, The Right Place and the Grand Rapids Area Chamber of Commerce for helping make this location and our success in Michigan possible.”

Aside from Grand Rapids and Holland, Dialog Direct operates Michigan customer engagement centers in Troy and Auburn Hills and maintains its headquarters in Highland Park. Collectively, Dialog Direct employs more than 2,000 workers in the state with an annual payroll more than $60 million.

Also at the event, Matt Zemon, Chairman, Jobs4America presented Governor Snyder, MEDC’s Michael Finney and Kearney with a “Spirit of America” award and recognized the Snyder administration for its contributions to the national nonprofit’s goal of creating or re-shoring 100,000 customer service jobs since 2012.

“In just the past 18 months in Michigan 3,827 jobs were created (in the customer call center industry) with more than a third coming from Dialog Direct,” said Jobs4Amercia’s Matt Zemon.

Jobs4America is a coalition of forward-looking business leaders committed to creating jobs in America. It advocates the value of US-based workers to enhance customer experiences and the U.S. economy. The organization’s goal of creating 100,000 jobs has been met. The organization is now looking to target another 100,000 contact center jobs by the end of 2016.

Dialog Direct currently occupies the first and second levels of the multi-tenant building, and maintains options to expand in the building. The majority of the space is set up with workstations for customer service representatives to field calls from third party companies that contract with Dialog Direct for support.

The company is still taking job applications for its Grand Rapids center.

About Dialog Direct
Dialog Direct is a leading provider of end-to-end marketing and customer engagement solutions that create WOW experiences between brands and their business and consumer customers. The company specializes in customer insight, digital and direct marketing, eCommerce and fulfillment and customer service and sales to enhance each stage of the customer life cycle and build long-term customer relationships 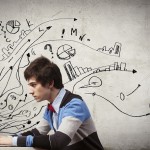 Integrated Marketing: How to Retain and Whom to Acquire

Addressing Customer Rage: Are You Doing The Right Things The Wrong Way? 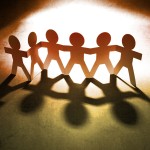 From Promotion to Emotion: 6 Tips for Connecting With Customers Along The Journey