Dialog Direct created a customized social media fundraising campaign for the children’s hospital. Three strategies were used to create and promote the campaign:

Website: Dialog Direct created a customized fundraiser-designed website for the hospital that raised funds over a four month period.

Donations were made using a PayPal account or any major credit card.

Promotion: To promote the customized website, five tactics were implemented:

The campaign helped raise more than $180,000 towards the hospital’s $1 million renovation project. Several efforts were made to promote the customized website, including a short video about the campaign that more than 600 people viewed on YouTube. The promotional efforts of the customized site resulted in more than $2,000 being donated directly through the website, which helped spread the word about the fundraiser. Members of the hospital’s local community got involved in the fundraising efforts, including some high school students that launched their own campaign to help raise money for the children’s hospital.

Dialog Direct’s social media management efforts helped the hospital attain donations from unexpected sources, including cast members from a TV show on the MTV Network who donated autographed memorabilia to support the campaign. The fundraiser-designed website also grabbed the attention of one of the largest retail companies in North America. The retail company gave a $120,000 grant for the purchase of three Giraffe Omni-bed Isolates for the hospital’s Neonatal Intensive Care Unit (NICU). The retail company donated an additional $50,000 on behalf of its employees, because the hospital was one of the three charities selected by its employees to receive a donation for the year. 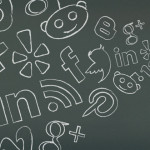