A national health insurance agency needed to hire and train in excess of 400 people for a seasonal ramp to sell Medicare Advantage, Medicare Part D and Affordable Care Act plans, as well as a host of supplemental policies. The client targeted selling more than 4,000 Medicare plans and more than 35,000 Affordable Care Act plans during the designated open enrollment periods via the contact center. There was a need to be able to effectively deliver the agency’s training curriculum across multiple sites in a call center environment. More than 200 of the new hires had to be licensed to sell the policies, as well as appointed with the appropriate carriers. There is a large coordination of paperwork, teamwork and timing required to achieve this.

Dialog Direct’s history of success and competency in the following two areas influenced the client to choose them as a partner:

Selected in the spring of 2014, Dialog Direct started hiring in August and had its first class of graduates taking calls in September. The enrollment period for Medicare and Affordable Care Act plans is narrow. Dialog Direct could scale to the client’s need by offering multiple sites. There were three sites chosen – one in Texas and two in Michigan. The seasonal employment of 400 people spread across the sites was systematically and logistically executed.

The solution started at the very beginning of the process with the hiring of highly qualified people. Dialog Direct deployed a predictive hiring platform to optimize the recruiting and employment process. This predictive tool takes prospective employees through a detailed evaluation process based on the client’s program requirements. This includes hard and soft skill assessments, behavioral attributes, attitudes and motivator assessments, as well as voice analysis. The platform ranks prospects for final consideration by their talent selection team. Only the highest ranked prospects are invited back for a face-to-face interview. The closed loop nature of the system enables Dialog Direct to predict top performers with 80% accuracy while cutting down the interviewing process by 75%.

After the ideal team was built, the client’s training curriculum was implemented at each site. The 200+ employees that were identified to become licensed agents went through a more extensive training process to prepare them to engage the client’s prospects. Employees became well versed in the laws and regulations regarding Medicare and the Affordable Care Act. The logistics of licensing and appointing 200 agents was a Herculean task. State licensing offices get flooded with paperwork and requests from many companies and others wanting to sell health insurance during the open enrollment period. Without the proper preparation, state deadlines could be missed.

According to Dialog Direct’s Vice President for Healthcare Development Tim Collopy, “There were about 30,000 individual appointments to be processed in order to have the entire team at full selling capacity. Hiring as many people as possible that already were licensed helped, but we did put a significant number of people through the pre-licensing courses.” Dialog Direct is enhancing its own Internal Licensing Department to make the process even more streamlined.

The non-licensed agents worked to screen calls and answer questions and the licensed agents sold plans after an additional needs assessment. With Medicare open enrollment related calls beginning in September and ACA inquiry calls beginning in October, there was some overlap of the two programs from November through early December when Medicare season ends. Dialog Direct positioned the team to allow for a seamless transition. From the beginning, Dialog Direct made certain the Medicare-licensed agents were also ACA product compliant so they easily shifted gears from one season to the next. The agents were put through a refresher-training program so they could effectively sell the ACA policies. According to Collopy, “From a call center business perspective, cross-training these certain agents were beneficial because it would have been difficult to hire additional licensed agents for just the peak of ACA. If they were hired for only one enrollment period then they would have been employed for only three or four months.”

By using multiple sites, the client’s need for 400 employees was easily met and the problem of capacity was no longer an issue. According to Tim Collopy, “A number that high reaches and surpasses a critical mass, where, from a business continuity standpoint, multiple sites becomes a necessity.” Dialog Direct achieved great conversion and sales acumen on the Medicare side. Dialog Direct surpassed the goal of 4,000 call center only sold policies. The client was extremely happy and there were actually points in the campaign where Dialog Direct’s internal centers were performing neck and neck with the client’s captive centers.

Including the Medicare licensed call agents at the end of that enrollment period allowed in excess of 400 people to focus on Affordable Care Act sales. This allowed Dialog Direct to help sell, in conjunction with the client internal teams, more than 35,000 ACA policies during the short three months of the ACA enrollment period. 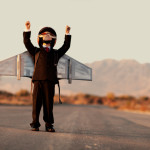 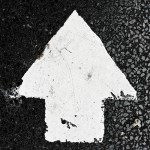 The Customer Service Shift: 4 Ways to Adjust in 2015 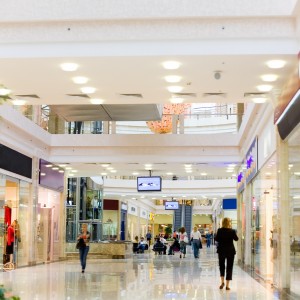