A national pharmacy benefit manager (PBM) with more than 25 million members had an immediate need for assistance servicing their new members. As a company that is dedicated to serving their members with the best possible customer experience, the desired partner needed to help improve First Contact Resolution (FCR), as well as provide full transparency of processes, systems, connectivity, reporting and servicing. Dialog Direct was selected as the ideal partner.

Dialog Direct focused efforts on improving the client’s efficiencies by reorganizing their hiring, training and operational practices. The solution began at the very beginning of the process – hiring remarkable people.

Dialog Direct deployed a predictive hiring platform to optimize the employment process. This predictive tool takes prospective Dialog Direct employees through a detailed evaluation process (based on the client’s program requirements, including hard and soft skill assessments, interests, attitudes and motivator assessments and voice analysis) and ranks prospects for final consideration by their talent selection team.

Based on the needs of the client, Dialog Direct’s predictive hiring tool generates customized behavioral interview questions for the interview team. Only the highest ranked prospects are invited back for a face-to-face interview. The closed loop nature of our system enables Dialog Direct to predict top performers with 80% accuracy while cutting down the interviewing process by 75%.

After the ideal team was created, Lean Six Sigma practices were put into place to identify and eliminate inefficiencies, as well as create an increase in quality while reducing costs. Through the Lean Six Sigma practice, Dialog Direct identified a need to address specific scripting used by the call center agents and also discovered a need for agents to be aware of their own performance. To test the scripting, Dialog Direct performed an A/B test on two different scripts. A clear distinction was evident and the higher performing script was immediately applied to all calls.

Dialog Direct delivered 28 percent in annual cost savings to the client. Dialog Direct supported and provided full transparency of processes, systems, connectivity, reporting and servicing. The result of deployed strategies demonstrated an immediate rise in performance from an FCR of 58 percent in May to 73 percent in June, then to 75 percent in July.

Comparing FCR in 2014, the data indicated 63 percent prior to Six Sigma and Best Response™ and 73.5 percent after for the remainder of the year.

Through the use of the Best Response™ knowledge management system, training deficiencies in individual agents also were remedied. The tracking of call resolution made the agents aware of their individual performance and resulted in a boost in agent confidence. As more agents tracked their results, a higher percentage of calls were reported and, as a result, FCR began to rise. These numbers tracked each other indicating that each reinforced the other.

The client was awarded SQM’s “FCR Most Improved” in Healthcare for 2014 and “CSR Training Program Best Practice 2015″.

The honor was given as part of SQM’s call center industry awards of excellence program. SQM benchmarks more than 500 leading North American call centers every year. 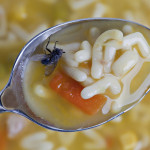 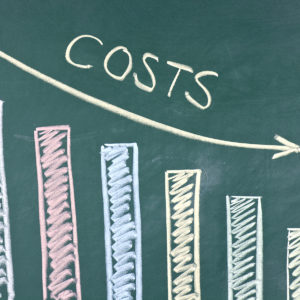 Addressing Customer Rage: Are You Doing The Right Things The Wrong Way?